Bike Trek for Life and Breath 2011 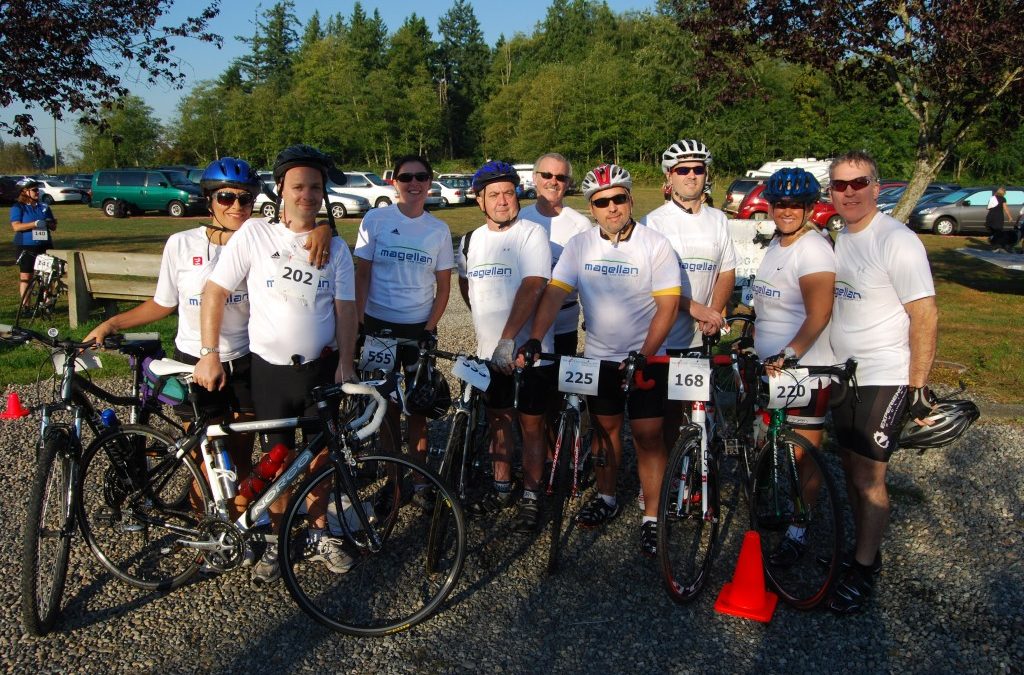 2011 marked my fifth consecutive year participating in the BC Lung Association Bicycle Trek for Life and Breath, a 200 km cycling adventure that supports research and cures for lung diseases. The Trek is the culmination of many months of fundraising and training (well – some people train, others just tough it out) that, year after year, continue to be an important way that I and the others at Magellan Law contribute to the betterment of our community. It’s definitely the highlight of the many community and non-profit initiatives that we like to support, and a cycling trip in the second weekend of every September is a great way to kick off the fall.

The milestone anniversaries were, however, overshadowed by the fact that we had launched our new firm just one month prior to the Trek. We are especially proud of our efforts this year, as the Magellan Team came second in overall team fundraising despite the fact that we had less than a month to put the team together (and to train). Not only did we do well on the fundraising side, but our team came together so nicely that we were awarded the Team Spirit Award.

We would like to thank our clients, friends, contacts, family and colleagues who generously showed their support of this great cause and helped us raise over $10,000 in 2011. Including 2011, I have now helped raise over $50,000 for the BC Lung Association!

In contrast to 2010, which featured a dreary, cold and wet second day of trekking, this year’s event took place over two, 30-plus degree sunny days. The start and finish lines are always the same, beginning at Hazelmere Campground in Surrey and ending the first day at Stillwood Campground in Cultus Lake where we are treated to an unlimited amount of delicious food and some lighthearted evening entertainment. It’s a nice treat after the last few kilometres of the first day, which are infamous because of the long and incredibly steep hill that climbs its way up to the campground, as well as an annual reminder of the difficult battle that people fighting lung disease must face.

The Trek is one way that we like to set an example for businesses in the Langley community and in the Lower Mainland. We believe strongly that organizations like ours have a duty to give back to the cities and neighbourhoods that support us and enable us to grow. In addition to the Trek, Magellan Law also supports The Centre for Child Development, the BC Epilepsy Society, Big Brothers Big Sisters of Langley and the Langley Child Development Centre.

On day two, our sore backsides are a small blemish on an otherwise perfect weekend. Instead of complaining we need only remember that we do this to help people who are, by necessity, much tougher than us.

Can’t wait until next September.