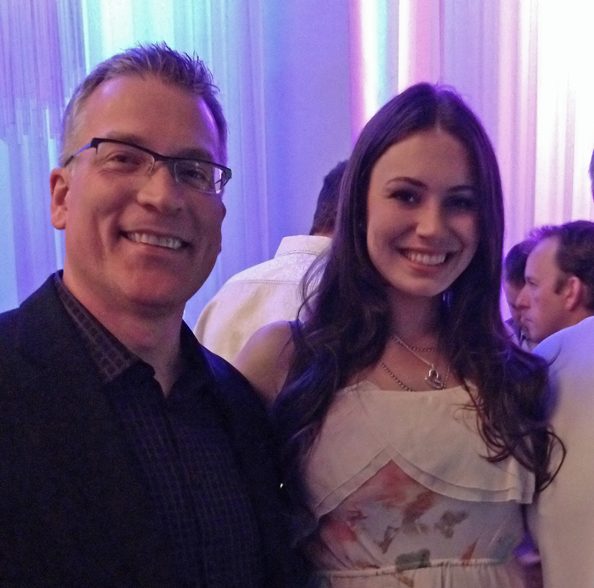 On the evening of June 11, 2012, Karen and I attended an event at the ULounge in Surrey in support of Sophie’s Place. This year I became a new Director of the Centre for Child Development which houses Sophie’s Place, a facility providing service to children of Greater Vancouver who are the victims of sexual, mental and physical abuse.

My decision to become a Board member for the Centre was largely driven by the fact that I am the father of a child with developmental disabilities and I could not be more proud to have the Centre associated with Sophie’s Place. The ability to support young victims of abuse in a child friendly facility using a multi-disciplinary approach is something that we can all be proud of. Thank you to Surrey Mayor Dianne Watts for leading this project which was constructed by volunteers and staff in only four weeks!

The patron of Sophie’s Place is Sophie Tweed-Simmons. Most of us know Sophie as the daughter of legendary KISS rocker Gene Simmons and Playboy Playmate Shannon Tweed. She stars alongside her family in the reality TV show “Gene Simmons Family Jewels”. There is so much more to this young lady than her lineage and her day job. Sophie attended the event last night and demonstrated that she is much more than simply the name behind “Sophie’s Place”. She graciously had her picture taken with anyone that asked, chatted with guests and spoke to the crowd on numerous occasions thanking them for their support. The results of growing up famous in Hollywood are constantly splashed across the headlines and adding a reality show into the mix is usually a recipe for disaster. Sophie, who is only 19-years-old, is a refreshing exception to her Hollywood peers and I am sure she has made her famous parents very proud. We are lucky that she has found a connection to her Mother’s birth country and that she is the patron of Sophie’s Place.

For more information on the work being done by The Centre for Child Development and Sophie’s Place, please go to http://www.centreforchilddevelopment.ca.